In the medieval poem “The Marriage of Sir Gawain,” the knight gallantly agrees to marry a hag-like witch who has helped King Arthur by giving him the answer to his enemy’s riddle, which is “What does a woman want?” One of several ballad-like story poems of the Arthurian legend, this one appears in Eleven Romances of Sir Gawain (an online scholarly edition is here).

For contemporary intellectual types, however, the person who famously posed that question is Sigmund Freud. He spent many years refining the theory we now refer to as “penis envy” and arguing the displacement theory was at work subconsciously. Far too many casual references to Freud have simplified this idea as suggesting that women want to be anatomically arranged like men.

But back to Sir Gawain, agreeing to marry the hag in order to free his king from the evil baron’s grip. According to the poem, Arthur gives Gawain the secret he has learned from the witch herself. Depending upon the version or translation, the answer is: what a woman wants is her way (or her will, or to have her own way). She wants to be free to decide things that affect her and to make her own choices. Because Gawain is not only gallant and loyal and noble but also no dummy, he remembers Arthur’s secret. When the witch reveals herself as a gorgeous woman and asks him whether he’d prefer to see her lovely by day (when others can see her) or lovely by night (when her husband is abed with her), he defers to her. He says she should choose.

Delighted, she chooses to be lovely all the time (she now knows he will never forget that she has a will of her own). 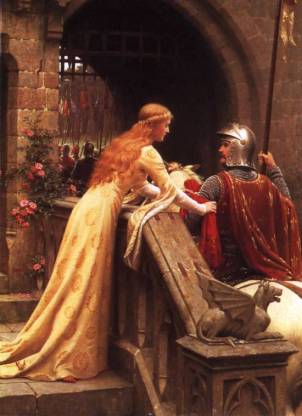 So, if the medieval hag is correct, Freud was right, at least symbolically. Freud dwelt in a culture where men had authority, power, and self-agency, probably also true of medieval European culture, though I’d argue the Victorians were even more constrained. Anyway, women want those things, too–if possessing a penis as part of one’s anatomy could get you those things, one can understand envying the man, if not the organ itself. Indeed, Freud uses a bunch of lengthy theorizing to offer intellectual ballast to what he initially mentioned was an issue of power. Penis=power, in a male-dominated culture. It is almost too simple an idea, and almost too obvious, so he probably felt he had to pack it with a lot of other ideas. Transference and displacement theory have proven useful in other ways, but penis envy just suggests that females too often lack power to make personal choices within a social milieu.

As a feminist who yearns for balance and equality among human beings, I think it is crucial to point out that, despite the stories with which I’ve framed this post, wanting one’s way is not just what women want. It is also what men want.

People, no matter the gender, want to be able to say “No” and to be listened to and heeded. People want to direct their own lives, make their own decisions–and their own mistakes. I work with college students who are 17-22 years old, and I can assure you that they desperately want to make their own choices. Though they often also desperately want to blame someone else for the unfortunate consequences of certain ill-considered choices, they mature once they realize that sort of behavior limits them to the role of the naughty child–a dependent–not a responsible, independent person. If you want to be respected as an adult, I tell my students, you have to be willing to own up to your own poor decisions. And that’s just for starters.

Each young person I teach, tutor, or counsel wants some control over his or her life. Some try to get it by seeking to control other people, others by trying to control their environment, others by endeavoring to control the social situation they find themselves in…the list goes on. Human beings cannot really control as much as we think we can. But we can exert our will and speak up for our way. We can offer respect and seek respect. We ought to be able to make our own decisions as long as we are mature enough to deal with the results for good or ill. That goes for people of any sex.

Yet when a woman asserts that she wants her way, our society tends to judge her as a whiner or a bitch, a ball-breaker or a manipulator. Even now, many years into politically-correct language and Title IX and women as Supreme Court justices, I hear this sort of language bandied about, often “in jest.” Sure, it can be jesting; but it’s also pretty close to jousting–with words. Be a little more careful, my friends. Or as the terminology goes these days, more mindful. Perhaps, given the freedom to exercise our will, more of us will choose to be lovely all the time.