While sorting through my work, I found a poem titled “Acedia,” and I have been musing on the concept again. The poem (below) referred, when I wrote it, to a kind of numb depressive state. In contemporary English, the term means boredom, ennui, apathy–with connotations of a spiritual aspect to the torpor. PsyWeb says, “Acedia refers to a failure of will to control one’s longings or reactions to daily life, while depression is considered a medical condition or a failure of the body.”

Doing a bit of research into the etymology and history of the word took me to the Desert Fathers, Christian hermits in the early centuries of the faith. Acedia referred very specifically to a kind of spiritual laziness. Here’s a little tour of the history by Kelsey Kennedy on Atlas Obscura:

Evagrius was a member of the Desert Fathers and Mothers, a group of devout Christian monks and hermits who lived in the Egyptian desert beginning in the third century. By the time Evagrius joined their ranks in the late 300s, there were several thousand monks living in organized communities. They spent their days fasting, working, and worshiping, often in isolation. When the sun and the heat peaked, life could be quite uncomfortable. So it makes sense that Evagrius dubbed acedia the “demon of noontide,” a reference to Psalm 91. Siegfried Wenzel, in his book The Sin of Sloth: Acedia in Medieval Thought and Literature, wrote that “in the end acedia causes the monk to either give in to physical sleep, which proves unrefreshing or actually dangerous because it opens the door to many other temptations, or to leave his cell and eventually the religious life altogether.” Acedia could be resisted, but only through endurance, prayer, and sometimes even crying.

John Cassian, a student of Evagrius’s…helped spread the concept of the cardinal sins beyond the Desert Fathers. But as soon as acedia left the desert, the demon of noontide started to become a whole different animal.

What it became was the cardinal sin of Sloth. But Despair continued to be viewed as dangerously heretical, because it led to suicidal thinking (and suicide was until recently classed as one of the mortal sins). 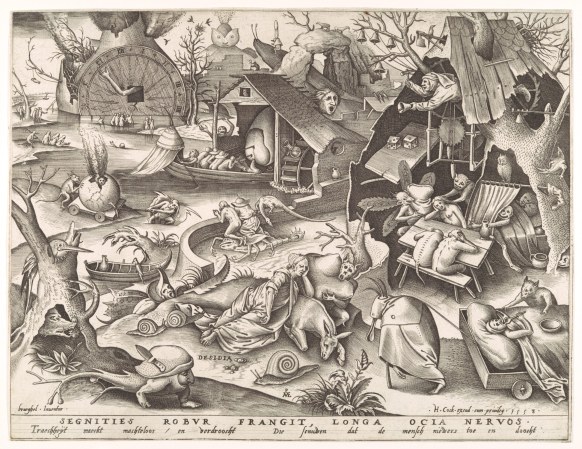 Thomas Merton, in his book Thoughts in Solitude, supports (without quite saying so) the Roman Catholic view that despair is a sin; but, as is usual for Merton, he frames the depression experience with compassion and offers a gentler perception of the experience. He suggests that when a person believes of him or herself “I am nothing,” there is another way of being with that thought: “I am not who I wish to be.”

This concept strikes me as so perfectly sane. When I have felt deeply depressed, the ingrained mind-numbing idea that surfaces is that I am worthless or that I am nothing. And really, what I feel is that I am not who I wish to be.

Why does the latter sentence feel less like despair? Anyway, it feels that way to me. Thank you, Thomas Merton.

Now here’s the poem in its revised-draft form, though I’m not sure it’s really finished yet.

It is what looked up at you
from the eyes of the wounded doe
what the clock said to itself
when the mainspring gave way.

the long sigh of a black dog
and your beloved’s parched skin
when she could make no more tears
and told you go now.

there is desire.
The numb body’s in-taken breath
yearning to stay alive:
remind me that it is desire. 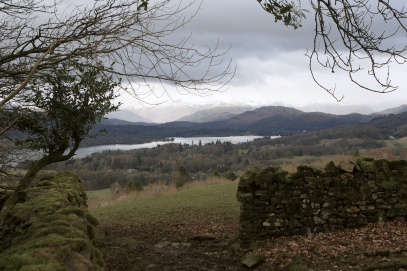 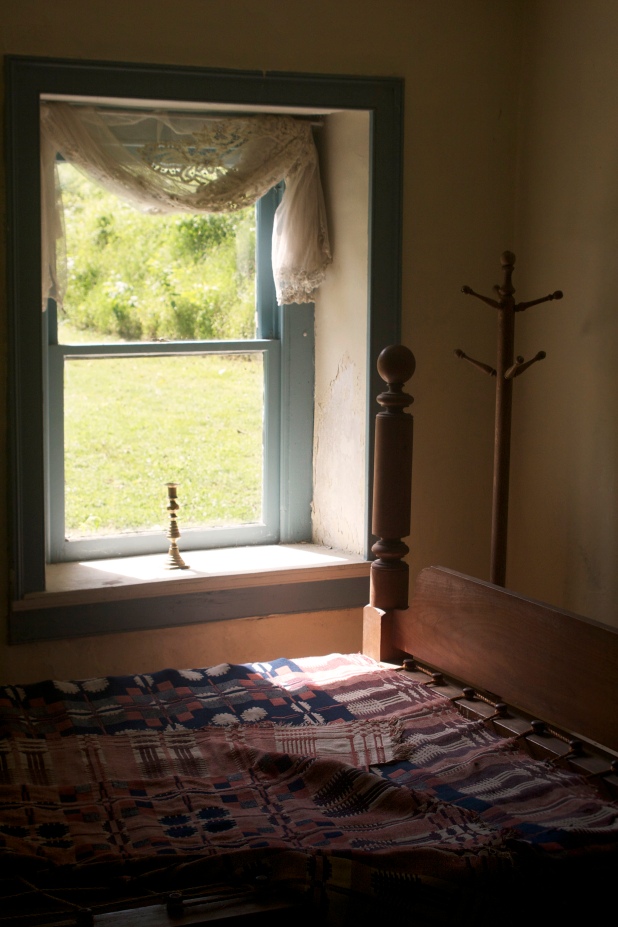