I am reading Elias Canetti’s Crowds and Power (1960 translated into English by Carol Stewart). About a quarter of the way into the book, I realized how oddly apropos this particular text is to this particular moment–the November 8 election here in the US.

The book I teach in my freshman composition class, Cass Sunstein’s Why Societies Need Dissent, synthesizes with the election season and with Canetti. Pack behavior, herd behavior, individuality and individuals, crowds, rituals, outliers and dissenting voices and the hero and the martyr…anthropologists, sociologists, political scientists, and philosophers who study group behavior note the paradox of wanting to be acknowledged as an individual and wanting to be comforted by the press of the accepting crowd.

I hate crowds, but they are indeed compelling. I experienced the crush and sway and direction and growing of crowds as a much younger person, in city life, on subways, at large demonstrations and, most frequently, at the phenomenon of the rock concert (for other people, it might be the phenomenon of the sports arena).

A crowd is equal. A crowd is dense. A crowd wants to grow and has direction. Yes, watch the behavior of the people in “the pit” at a Bruce Springsteen concert, for example, where the rock star becomes one with his fans, and equal, amid the density and the cheering and the hands-on excitement of the crowd. Aside from our religious rituals, we have other ways of expressing our need to be close together, we humans.

The power aspect–that is what relates to the presidential campaigning. But I feel too exhausted by the media mayhem to want to draw those parallels to Canetti at this time.

Believe me, though–they are there.

Here is Maria Popova (of Brainpickings) on Crowds and Power. A fine overview. Canetti’s insights also complement the work of such diverse scholars as René Girard and Daniel Kahneman. Much here to contemplate, as I contemplate the weirdness of the present moment.

…from Maria Popova at the Brainpickings site: book loving and writing and art and literacy and library connect to produce this event/display at the New York Public Library. I was in the city just last week–rats, I missed this. (But I did see Ken Price at the Metropolitan Museum of Art and spent part of a lovely afternoon at Untermyer Park again).

~ Please click on the links! (I know they’re kind of hard to see on this theme)~

I’m on blogging hiatus again while I get accustomed to my work week and while we prepare for the Goschenhoppen Folk Festival (or on Facebook here) this coming Friday and Saturday. Not a time to get much writing done, nor much reading. 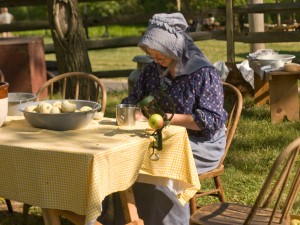 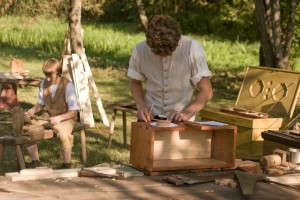