“Let us start with…the pleasure of pronouncing an unfavourable verdict. ‘A bad book,’ someone says….and he appears to be saying something objective. His face, however, betrays his enjoyment of his words…We constantly catch friends, strangers, or ourselves at this business of judgement, and the pleasure of an unfavourable verdict is always unmistakable.

“It is a cruel pleasure…there is no mercy in it and no caution and it accords best with its real nature when it is reached without reflection. The passion it conceals is betrayed by its speed. It is quick, unconditional judgements which excite the pleasure visible in the face of their author. 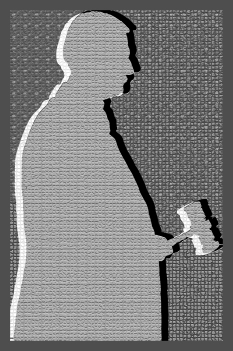 “…It consists in relegating something to an inferior group while presupposing a higher group to which we ourselves belong. We exalt ourselves by abasing others. The existence of two opposing kinds, different in value, is assumed to be natural and inevitable. Whatever the good is, it is there to be contrasted with the bad. We ourselves decide what belongs to each.

“For it is only in appearance that a judge stands between the two camps, on the borderline between good from evil…he invariably reckons himself among the good…the things he judges are quite definite and factual; his vast knowledge of good and bad derives from long practical experience. But judgement is also usurped by those who are not judges, whom no-one has appointed, and no-one in his senses would appoint to such an office. No special knowledge is thought necessary…

“At the root of this process lies the urge to form hostile packs, which, in the end, leads inevitably to actual war packs…It depends entirely upon circumstances whether one or the other of these groups engenders enough inner heat to become a pack and attack the opposing group…”