After an interlude of fiction-reading and the start of the semester, during which there is little time for personal reading, I have returned to some of the topics of neurology, consciousness, and the evolution of the story-telling mind that have so often diverted me from–yet influenced my thinking on–poetry.

Just a brief overview of my “difficult books” of the past four or five years…I have a background in philosophy and, to a much lesser extent, theology. Both disciplines endeavored over thousands of years to explain why we think the way we do and why or how we reason, make decisions, and make clearly unreasonable decisions.

The Free Will paradox, the Mind-Body Problem, ethics, tribalism, the body politic, you name it.

My thinking tends to sway slightly Eastern in terms of intention, mindful behavior, and non-theistic compassion despite my being raised pretty much Western Protestant with Enlightenment ethics and values (also compassion, as based upon the teachings of Jesus).

Throw in a bit of psychology built upon philosophical foundations, Freud, William James, Darwin, Thoreau, and my constant searching for what makes a being conscious, and I end up with an eclectic but not unreasonable reading list.

Also poetry. But I digress.

Here’s the barest outline of my more recent forays into understanding the probably not-understandable: I read Stuart Kauffman’s book At Home in the Universe to obtain a grasp of a chemistry-and-statistically-based (Boolean) thinking concerning how consciousness may have arisen in the universe and whether we Earthly human beings may not be entirely alone as conscious beings in a huge and expanding cosmos. Frances Crick’s The Astonishing Hypothesis offers a biologist’s view of how we ought to go about trying to study consciousness and its evolution based upon biological science. Douglas Hofstadter’s I am a Strange Loop, a deeply engaging look at an interdisciplinary concept of consciousness, examines evolution, biology, neurology, and a bit of physics and philosophy; Dennett & Lakoff’s Philosophy in the Flesh grounds philosophy in neurological underpinnings. Just to be sure the physicists are not overlooked in my overview of consciousness, I’m now reading Werner Lowenstein’s Physics in Mind: A Quantum View of the Brain.

Referenced in almost all of these books are Patricia Churchland, the D’Amasios, Thomas Nagel, Thomas Kuhn, Charles Darwin, Descartes, and Kant.

To name a few. 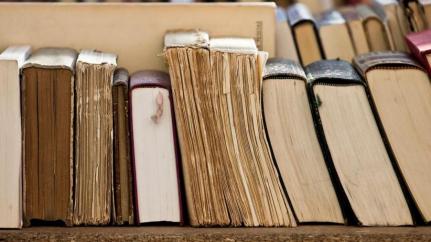 What good has this reading done me, in terms of understanding what constitutes consciousness, from what it is derived, and how it evolved? Do I know any more than I did about human beings? I certainly know more about the human body, especially the brain, than I did. I know more about the cellular level of information processing and more about theories people have posited during the past centuries–and what aspects of those theories seem to have had either intuitive, reasonable influence or scientific (empirical) value.

That last paragraph appears to be question-dodging, doesn’t it?

I love to read. I love human beings. I love the phenomena of the visible and experiential world. I love the urgent fuel of creativity. Can that be enough, for now?

In time, maybe I will come to accept the fraying of the consciousness, the decay of memory and the intimate Beloveds as they fade into senility or pass out of the tactile world.