While we are self-isolating, how about reading books? As it happens, I have a short chapbook of poems that’s being released just in time for National Poetry Month. Here are some thoughts.

I enjoy reading memoirs–a well-written memoir reads like fiction or poetry, with interesting perspective and description revolving around not an entire life but one event or series of events that has a dramatic arc the way fiction does–and, often, some of the same ambiguities. Now that my chapbook on adolescent New Jersey girls in the 1970s is coming out (March 26, Prolific Press), however, I realize that readers are likely to interpret these poems as memoir. After all, I was indeed a teenager in south Jersey in the 1970s. That being the case, I might go only so far as to call these lyrical narrative poems memoir-ish. 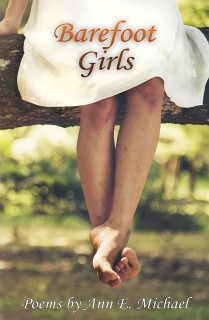 What people who read poems often forget is that the poem does not necessarily reflect the poet’s experience, only her interpretation, only the potential or the possible–the imagined. Poets choose personas as narrators when we endeavor to imagine other people’s insights, points of view, or experiences. Or even other beings’ or objects’ “points of view.” But of course, we can only imagine–we cannot really know anyone else’s lived experience. That gives poets and fiction writers and dramatists room to speculate, pretend, imagine: “What must it be like?”

This booklet tries to evoke various voices from a collective past but, I hope, will feel familiar to anyone who has ever been an adolescent. These poems emerged from Bruce Springsteen songs, from memories, from rumors, from attending a class reunion,  from experiences my 21st-c students had, and from my imagination. I filled in some gaps and created perspectives that would certainly not have been my own when I was a teen. And yet, any writer’s disingenuous if she claims her characters or narrators have nothing to do with her own perspective, that everything she writes is completely made up; if that were true, readers would feel left out. There would be nothing in the poem to relate to, nothing from which to derive personal meaning or insights. No “Aha!”

Any poem that can be called lyrical takes up the close point of view. Any narrative poem tells a story of some kind. An example is Patricia Smith’s book Blood Dazzler. Readers find it easy to believe that Smith resided in New Orleans, was there when Hurricane Katrina hit, because the poems are so authentic and personal–fierce, believable voices describing the devastation and its particular toll  on elderly and non-white citizens. But Smith did not live in New Orleans, and it doesn’t matter. It is an excellent and shattering work all the same.

Here’s one of Ren Powell’s posts on the unreliable narrator of our own lives. What we writers work with, often, is evoking the emotional memory, which isn’t the same as other ways humans recall events.

Yet it often fells more “true.”