My spouse told me of how he once interviewed a woodworking craftsman, renowned for his “perfect” furniture finishes, and asked about his technique. The craftsman advised, “Take care of the edges, and the middle will take care of itself.”

This phrase came to mind last week when I decided I had better tackle the weeds in my strawberry patch. Still hobbled by a foot injury, I figured weeding the berries was a task I could manage sitting down. The job seemed daunting, however; I have neglected the garden and permitted all manner of invaders–perennial and annual–to colonize the strawberries’ bed and twist around and root beneath their superficial root systems. Frankly, most people would not have recognized it as a berry patch.

It’s the equinox and the weather’s wonderful so I heaved a sigh, grabbed a few tools, and started to work. A garden bed has little in common with a French-polished tabletop, but I kept the idea in mind: tend to the edges, maybe the middle would “take care of itself.” Bermuda grass and galinsoga pull out easily, but there were also deep-rooted clovers, thatchy crabgrasses, English plantains, pigweed, ladies’ thumb…too many to name, though by this time I am pretty good at identifying the weeds of eastern Pennsylvania. I worked from the inside edge southward to the corner, then westward.

So far, still a pretty nasty-looking affair. After a few sessions of working along the scrim, though, I did begin to see progress; and–yes, the middle was much easier to finish weeding after I’d taken care of the edges.

Sometimes, I find motivation in a good analogy. I wondered whether I could transfer the French polish/strawberry patch concept to writing. Could that be one way to draft or rework a poem? What if I spent my efforts taking care of the poem’s edges–would the middle sort of take care of itself? (And what would be the edges of a poem? Its closing and opening phrases or stanzas? Its end-of-line words? Its beginning-of-line words?)

My gentle readers may recall that fringe landscapes and edges are a major inspiration for me–just type edges into this blog’s search bar, and quite a few past musings will show up. I will try working on my poems’ edges intentionally and see what happens.

Meanwhile, as the cooler weather approaches, I’ll cover up my berry patch with straw and promise to check the weeds a little more regularly next year, so I can get the results below in June of 2020:

Photo by KML on Pexels.com

The prose poem seems a fraught and contradictory thing to its critics, a formless form, different in some way from flash fiction–more lyrical? More imageric? Lacking plot? Years ago, I went through a period of writing them, usually taking on a persona. Lately I find I am writing them again. Sometimes I think I’m writing a haibun, yet there’s no accompanying haiku. But mine do tend toward the lyric impulse.

And here’s a prelude to a prose poem draft, which follows (if you can be patient).

Perhaps it was not the most sensible thing to do, given my sore foot, but I had planned a trip to Poets House for a Finishing Line Press-sponsored reading by James Ragan and did not want to forego my visit. Ragan’s poems are lovely and often deep, and he offers a reading in the spirit of a raconteur. All the places I needed to stop were within three blocks of the A train, and therefore the main concern was going up and down subway stairs. It seemed do-able, and it was; though I am physically “paying” for my journey today, it was worth it.

The bus ride to New York and back takes about two hours, during which I read, nap, or daydream. We take the Lincoln Tunnel into town, a route familiar to me for decades, this time evoking memories that have been tucked away for ages.

Of course, some of this draft is invented–when I start writing, I often have no idea where I will end up. This one surprised me.

We were children in the years of Sunday drives, burning fossil fuels to tour the countryside and leave the city’s skyline, obscured in puce-yellow, lead-bearing smog, for tree-lined back roads and a picnic lunch. Sometimes over bridge, sometimes under the Hudson. Each crossing tested our bravery: fear of heights, of darkness. We had a song for the bridge which we sang while watching cables’ span. We were too small to see out the windows down to sailboats and barge traffic. The tunnel had no song. We hunched in the back seat, held hands, squeezed shut our eyes, expecting to drown. On the curved ascent in New Jersey my sister chose the house she wanted to live in—many-dormered, stone, with a round tower, it jutted over Weehawken. Once we’d learned to read, we realized it was the town library, which suited her imagined lifestyle. She would choose that even today, retire to live in a library and work part-time in a bookshop. She imagines I will join her there, perhaps I might.

Lately, less gardening and more writing; we have experienced the region’s not-uncommon August/September drought period. My vegetable garden has given me about all it can at this point, so what remains to do is clean up. That’s a job that will have to wait, because I’m processing new poems instead of pears.

I tell my students that writing is a process, but the processing I’m doing now is more akin to the verb form of process, in the sense of “to treat raw materials in order to change or preserve them” (Merriam Webster). That could be another metaphor for the revision process…

Also applicable is the etymology of the word process {from pro “forward” (from PIE root *per- (1) “forward”) + cedere “to go”}.

So, forward I go. More drafts, more changing the raw materials of poems (what would those be? words? ideas? emotions? observations?). More going forward into the whole process. “Without hope and without despair.” (That’s Dinesen by way of Carver.) 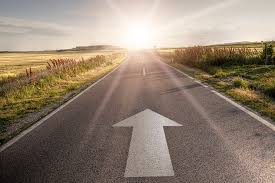