I headed southward on a recent trip to visit a friend and to see if I could find spring, since my Pennsylvania valley has been extensively clobbered by late-winter/early spring snow storms. In southeastern North Carolina, the air was cool but the plants were blooming. Spring at last! May it head northward soon. 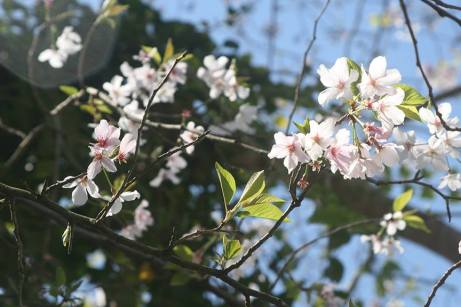 On my travels, I took along Grant Clauser‘s collection The Magician’s Handbook. One of my best-beloveds has been learning sleight-of-hand and card tricks lately, and as a result I found it especially fun to “get” Clauser’s references to trick names and magicians’ moves in these poems. The poems demonstrate Clauser’s sense of humor, balanced with insights about contemporary life and a good use of metaphor, sound (nice alliteration in particular), and poignancy that never teeters into sentiment.

I thought my hostess in North Carolina would enjoy The Magician’s Handbook; she randomly read a few pages and liked the book so much that I gave it to her. 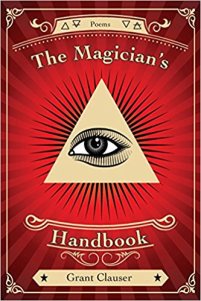 Poetry collections are terrific gifts for poet friends, of course; but it is particularly rewarding to introduce a friend to a poet’s work. I would not have discovered half of the writers whose work I love if it had not been for friends and fellow writers’ recommendations, although various public libraries and many a bookstore browsing session have been places of discovery, as well.

I like to read poems while traveling. On the one hand, it proves difficult to keep from being distracted by crowds, announcements, and departure times–which can make it hard to focus on the challenges a poem presents to its readers. On the other hand, poems tend to be brief enough that the inevitable interruptions do not completely disrupt the flow or content of the page; for that reason, I tend to struggle to read fiction while traveling. The brevity lends itself to gesture, so I can pick up on mood and tone and the sound of the poem (in my head–I don’t read aloud in airport terminal lounges). Later, when I am home again, I re-read the poems. That gives me a different perspective on the work.

So…I guess I will have to purchase another copy of The Magician’s Handbook for my re-reading pleasure. Meanwhile, my friend in North Carolina has something to read as a start to National Poetry Month, which is April!

Hey, that’s what friends are for! [And many thanks to BJG for her hospitality, Southern and South Jersey style.]

Things that get in the way, viz., from Online Etymology Dictionary:

1530s, from Latin obstructionem (nominative obstructio) “an obstruction, barrier, a building up,” noun of action from past participle stem of obstruere “build up, block, block up, build against, stop, bar, hinder,” from ob “in front of, in the way of” (see ob-) + struere “to pile, build” (from PIE *streu-, extended form of root *stere- “to spread”).

I’ve been in an odd sort of writing funk–not a writer’s block in the classic sense, because I am writing–both prose and poetry. Drafting, anyway. I feel the obstruction in a different area of the writing life, about which I’ve written in the past: publishing, submitting work, creating the manuscript…getting the work into the world. All writers face these issues if they want their work to find its readers.

My current obstacle is … motivational? existential? self-inflicted? I have not decided yet, but it feels real enough. I want to put together another manuscript and have, I think, enough completed, “good” poems to make a manuscript; many of them have already appeared in literary journals. What stops me from corralling the poems together and composing my next book?

I know what it is.

My not-yet-second book stops me. 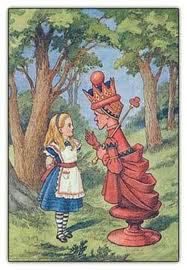 After about 7 years of endeavoring to get The Red Queen Hypothesis into print, no takers. Perhaps I have not sent it to enough publishers or contests, but I have done what I can given time and budget constraints. Perhaps, though I have had four excellent critical readers consult with me on it, the book still needs work; maybe the poems just are not strong enough (though the majority of them have previously been published in journals).

Maybe the book is simply too quirky to find a comfortable publishing house; I admit that I knew that before I even began submitting the manuscript around. The poems are semi-formal (yes, like a prom!). They range in form, and many of the poems use nonce forms, invented forms, slightly-damaged versions of formal poetry, and also free verse. Rhyme, off-rhyme. Rhythm, meter, off-meter, sprung rhythm. But a mix of these.

This book represents me, the person (not just as poet) perhaps too well. I do understand why it’s been difficult to place.

As to how RQH acts as obstacle in my writing life? Um. I guess I have to say I am finding it hard to move to the NEXT manuscript when THIS one still hangs out in my psyche and on my hard drive, unpublished. I know that should not impede me; I have many colleagues who work on multiple books simultaneously, sometimes even books in different genres. How they do that remains a mystery to me, however; I guess I do not share that operating system–though I dearly wish I could learn it.

Etymology tells me I am building up a hindrance. There are other things building up can do, though. I need to build up a way over…and then “to spread” the words, perhaps in some other way. Maybe even self-publish. Or put aside the foundation I have built and use what I learned in that process on the next composition.

What is an obstruction but a challenge to surmount?

Contemporary poetry favors compression–perhaps all poetry employs that approach, condensing out of prose whatever has most vitality in terms of imagery, metaphor, emotion. Symbols, metaphors, actions, neologisms, wordplay, rhythm, whatever gets us to the kernel of the poem. My cultural inspiration began among biblical and metaphysical poems, however, and popular song lyrics (the lyrical narrative). Only later did I stumble upon the influences of Eastern poetic strategies, haiku and tanka, the Imagists, and the vividly imposing demand that writers of all kind, but especially poets, should avoid the “to be” verbs.

How would philosophy–or Hamlet–manage without to be? How shall a writer whose work often deals with the quandaries and paradoxes of being (namely: life, death) compose avoiding those verbs, verbs of existence? Existence has active components to it, to my way of thinking; and some of us need the to-be verbs, with all their various conjugations, to express the more inexpressible activity of being-ness.

During my long years of writing and of having my writing critiqued, I’ve been advised more than once to watch my verbs. I recognize the stylistic impulse and agree that too much to be, too much is, was, or has been, can slow or decompress a poem.

Sometimes, exactly what the poet intends to do.

Other times, exactly what the colloquially convincing narrator or character would say.

A time and a place for every verb. 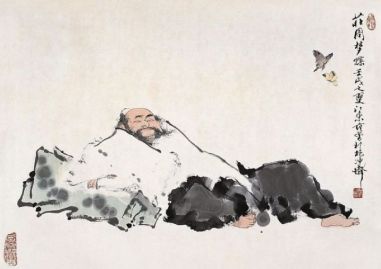 I wrote this post not as an encomium for the to-be verbs but as a suggestion that they exist for good reason and possess action in their compressed sayability, that to be does not sidestep to mean. I defend “is” and its siblings. The important thing? Use them well. 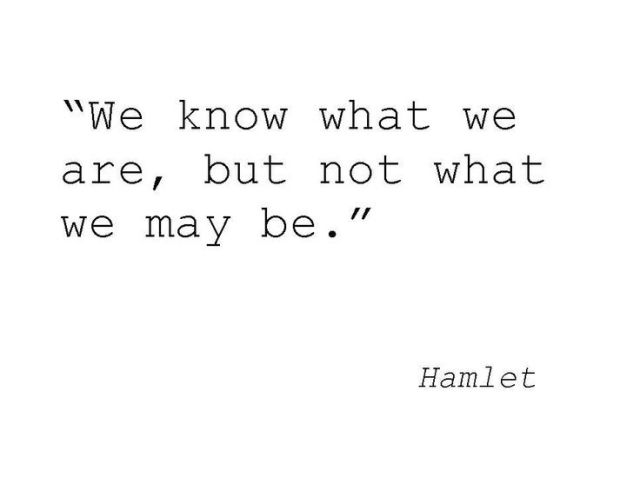 And a lovely (small) erasure poem by Dave Bonta got me thinking about ‘little things’: 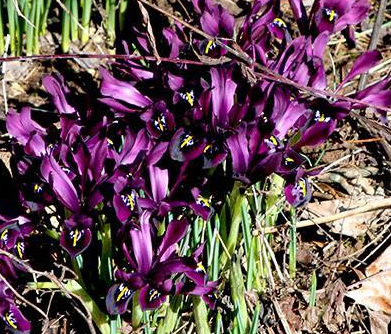 Just yesterday, these tiny iris reticulata bloomed along the woodlot’s edge. This evening’s forecast is for a nor’easter and up to 8 inches of snow. So long, for now, little irises. During the brief time I observed you, beauty entered my day.

Can we even understand such small and usual things as bread? As touch? As the winter’s blossoms? Could we entertain an aesthetics of small things?

Or do I lack the philosophy for that?