When a poem employs first or, in some cases, second person, readers generally assume the stance is the writer’s. (For more on this, see previous post.) I won’t deny that that is sometimes the case, a situation which has led to the contemporary idea that a poem is always a form of self expression–yet another assumption that is only true in part.

My Best Beloveds have been known to accuse me of writing a lyrical narrative incorrectly. “That isn’t how it happened,” they say–and they are right. But poets are not journalists, nor even memoirists. A poet chooses the event, image, or story that will make the poem do its best work which, dear readers, is not necessarily factual.

Even relationships may be imagined, or imagined from a different-than-expected point of view. The poem may have emerged from a prompt having nothing to do at all with the poet’s own relationships or experiences, and yet seem true.

Here is an example of how the first person (lyrical narrative) point of view may or may not reflect the writer’s actual experience. In the example below, revision, change of stance, and allusion make this “father poem” not about my father, exactly. (For a poem that is about my father, as I imagined his experience, see this post.)

I began this poem when I came across the Chuang Tzu quote. Call that my “writing prompt.” As my father had been dangerously ill at the time, the aphorism resonated. Yet the poem did not seem to head where I thought I wanted it to go…to be specifically “about” my own father. The allusion to the Chinese sage does not feel much like my own family–the image did not jive with my parents’ backgrounds. I tried the poem without the aphorism, and it became totally boring. I returned the quote as an epigraph and tried couplet stanzas then, developing the image of old slide projector screenings (pardon the pun), something I recall vividly from my childhood.

Then, my dad’s condition improved. He recovered. I put the poem away for awhile, and when I went back to consider it, I realized the poem did not need to be about him. Or about me, for that matter. It’s still a poem in progress but works better now.

Who is the “I” in this poem? Shall I let the reader decide?

The sage Chuang Tzu says, when you step
on your parent’s foot you know
you are already forgiven.

My father’s no sage,
just an old man beginning to die.
Unable to smile at his pain

he smiles at us
at my mother holding his hand
at my sister holding her anxious thoughts;

he smiles at her fears and they seem
translucent, like slides projected
on the wall, pictures of our childhoods

hovering near, colorful but not crisp—
and instead of our rounder faces
and smaller forms fading

he is fading, sallow among the sheets, white screen,
blank wall, and he’s forgiven me in advance
for all the injuries I may do 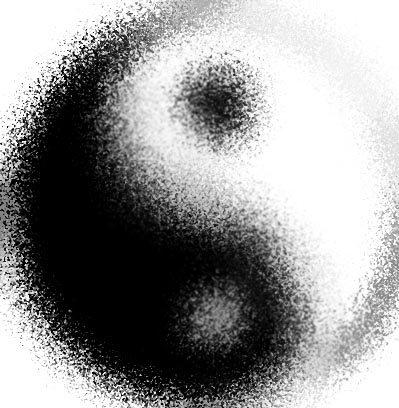