1540s, from Middle French procrastination and directly from Latin procrastinationem (nominative procrastinatio) “a putting off from day to day,” noun of action from past participle stem of procrastinare “put off till tomorrow, defer, delay,” from pro- “forward” (see pro-) + crastinus “belonging to tomorrow,” from cras “tomorrow,” of unknown origin.

This, thanks to OE, the Online Etymology dictionary, a favorite site of mine. What I was hoping to find is some aspect of “pro” as in Latin’s for, ie, the positive side of putting things off until tomorrow. Surely there are times when a bit of delay works toward the desired goals. The more leisurely approach to accomplishing a large task allows a person time to think things through and avoid some of the risks that the jumping-into-the-lake-all-at-once method contains.

At least, that’s my rationalization for putting off the next set of tasks I have set for myself regarding my writing.

Delay can be fruitful, if it’s the right sort of delay. Procrastination that arises from distraction, however, tends to be of the less productive sort. When putting things off because of distraction ends up being somehow beneficial, it’s usually just a lucky strike. 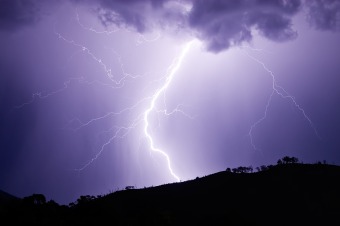 mid-15c., “the drawing away of the mind,” from Latin distractionem (nominative distractio) “a pulling apart, separating,” noun of action from past participle stem of distrahere (see distract). Meaning “mental disturbance” (in driven to distraction, etc.) is c.1600. Meaning “a thing or fact that distracts” is from 1610s.

The drawing away of the mind. What a perfect description. Just how it feels.

~
But the mind can be drawn into the tasks at hand, a Zen-like or Taoist middle-way approach. The steps to the goal neither hard nor easy. The delay can be a time of focus and serendipity, a way to establish equilibrium before proceeding on what appears, initially, to be a daunting project. What belongs to tomorrow is not here now–live the day.
My three-month project is to send out two manuscripts, revise and organize my current work, submit new poems for publication, compose an essay and a couple of reviews. But it turns out there are a number of other tasks I had to accomplish before heading into the larger project. It’s all part of the process, during which I have discovered some poetry drafts I had forgotten about and revised older work and found a cache of images and ideas I had filed away “for later.” And I realized I had not finished transferring my poem files into new digital folders… It all needs to be done, but it follows the same general path.
Not distracting, exactly. A different form of–positive– “mental disturbance.” The pro aspect of procrastination.